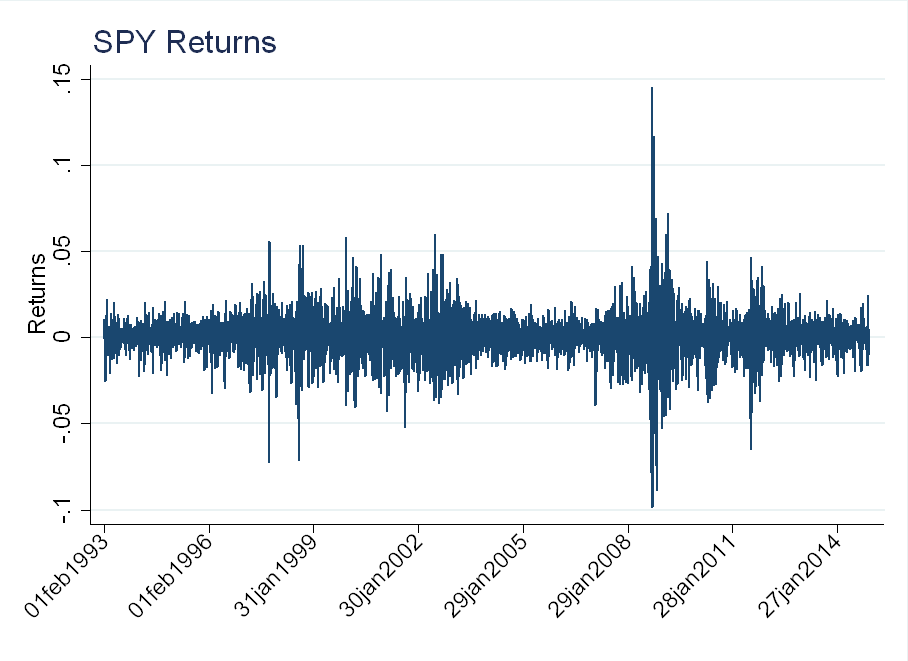 Compare this to a drawing from a Normal(0,1) distribution for each day in the sample (an \(i.i.d.\) series). There is such volatility clustering: 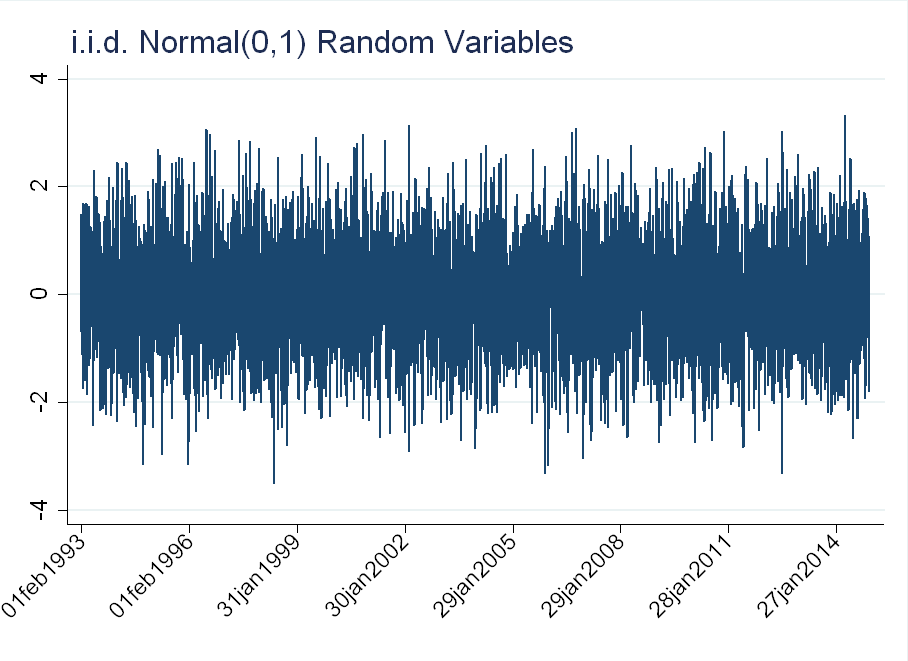 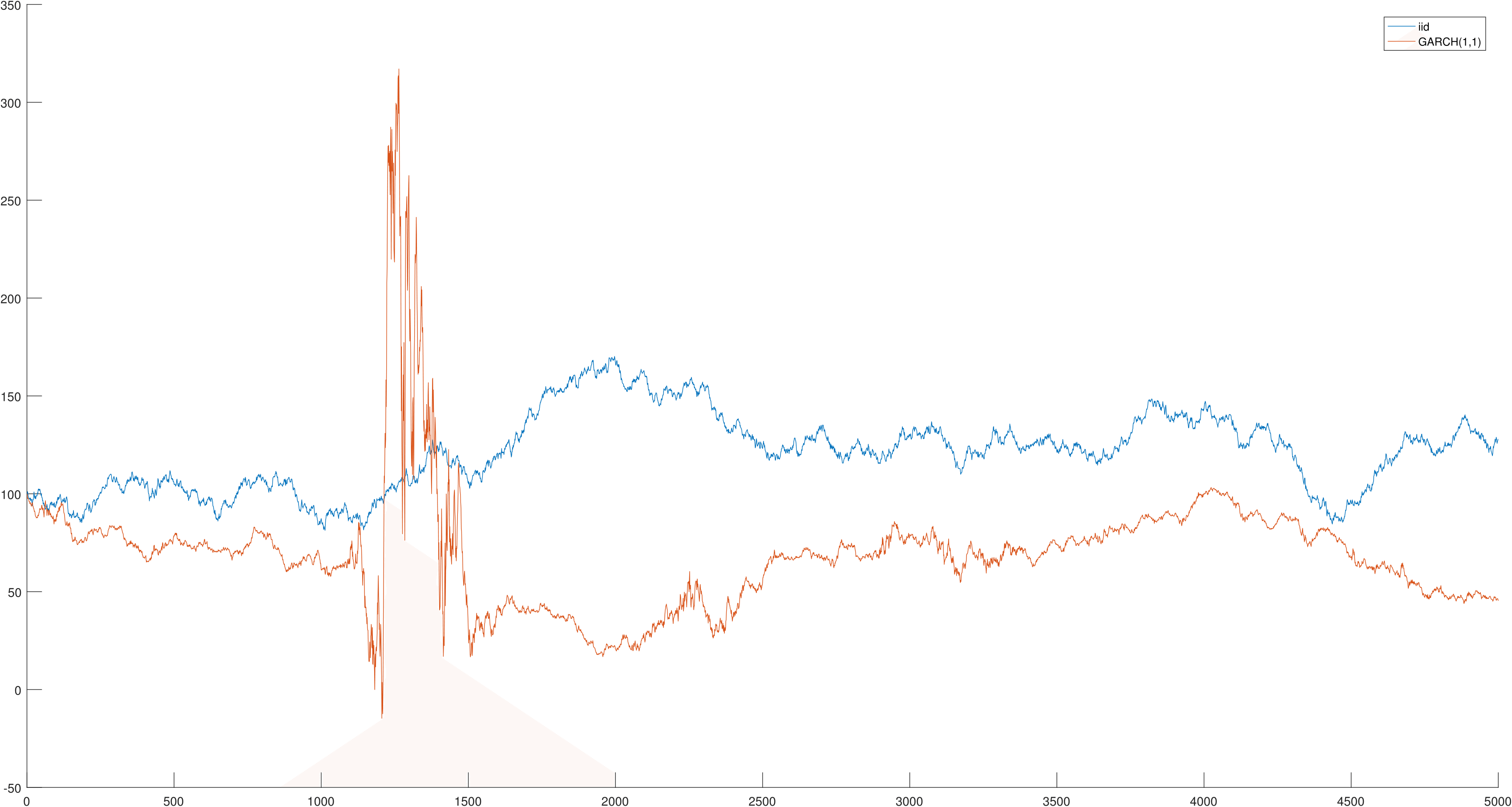 The figure below shows the innovations (the \(\epsilon_t\)’s) for both series. The GARCH(1,1) model generates volatility clustering, similar to that observed in the SPY returns, while the \(i.i.d.\) model does not. 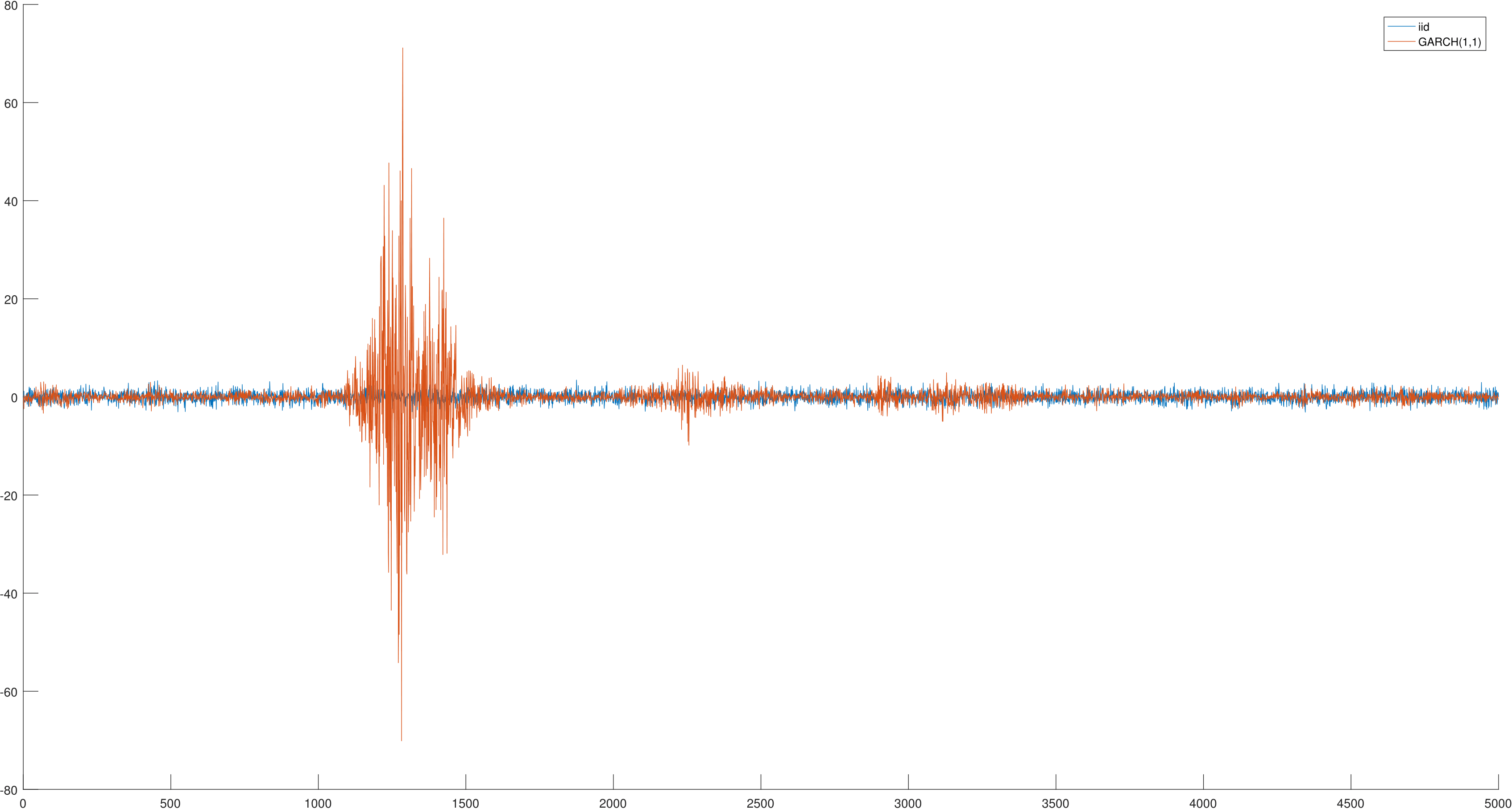 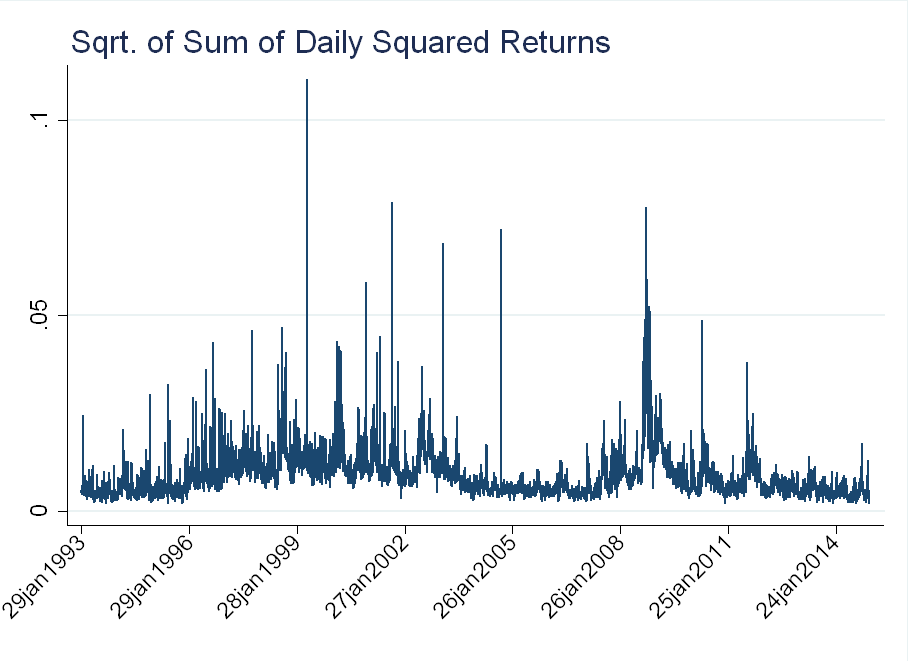 The figure below shows the distribution of returns before and after the normalization. The blue line is a normal distribution with mean and standard deviation corresponding to each series. The raw data exhibits a lot of kurtosis (the peak around 0 is very “sharp”), while much of this is alleviated in the normalized data. 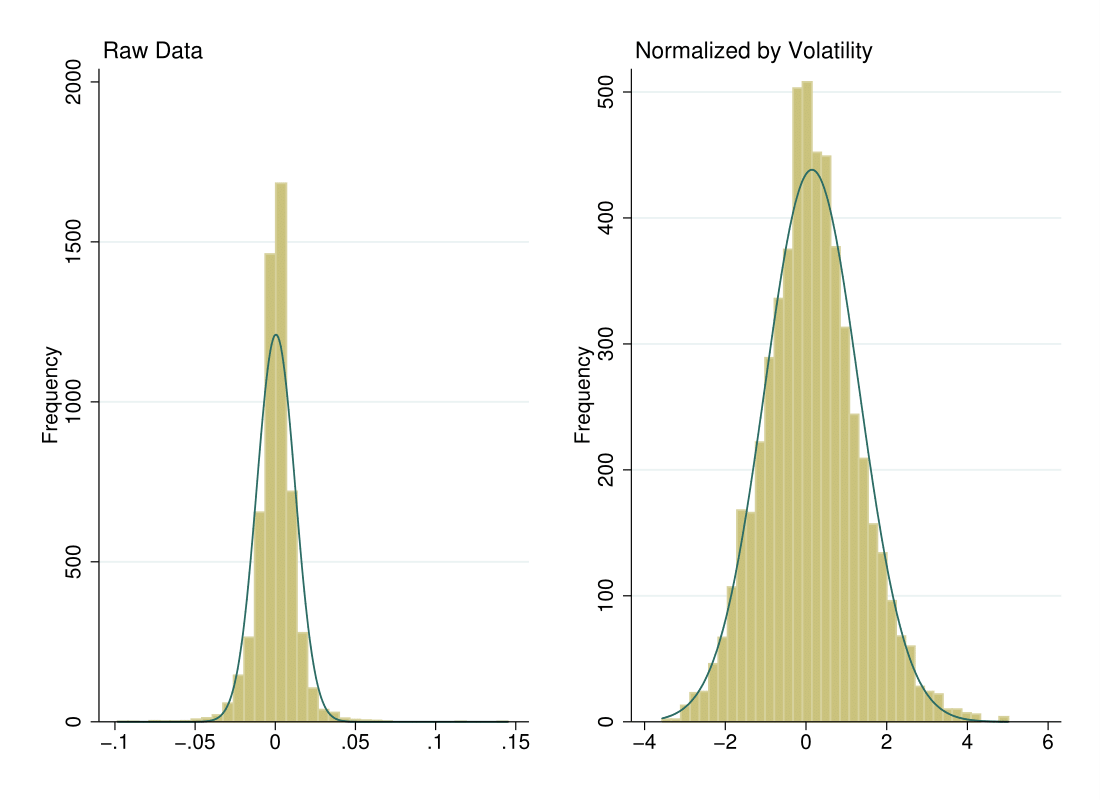 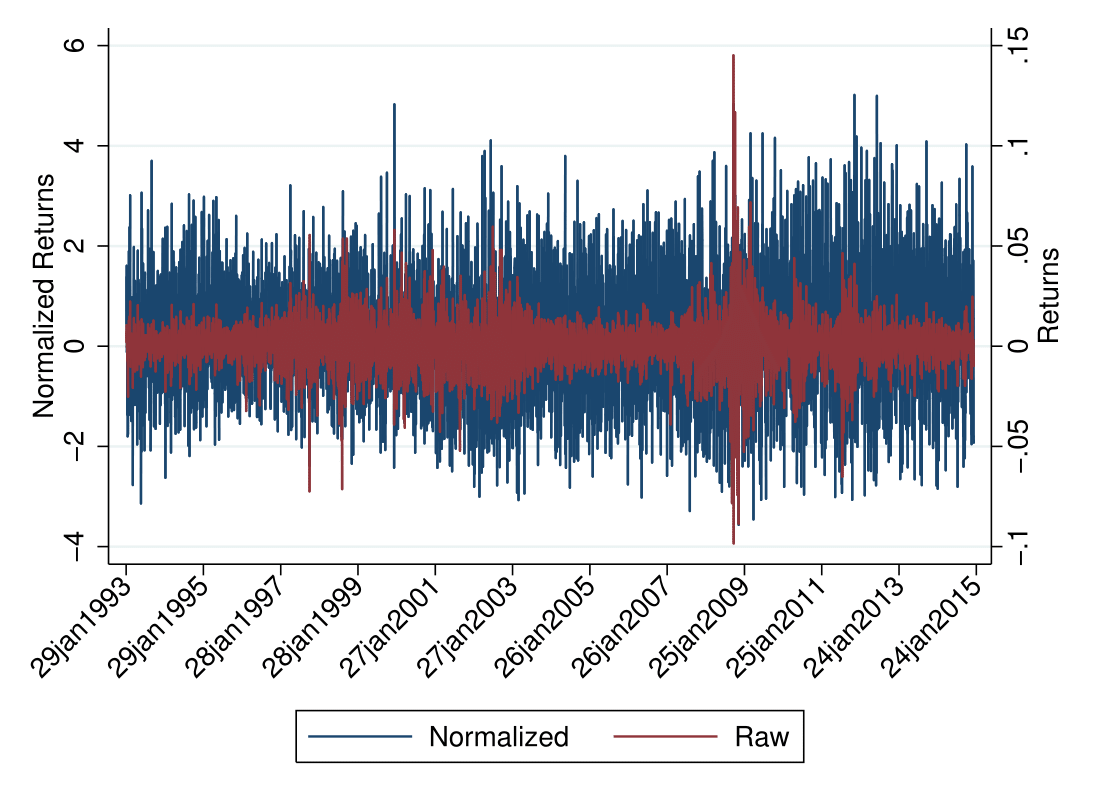 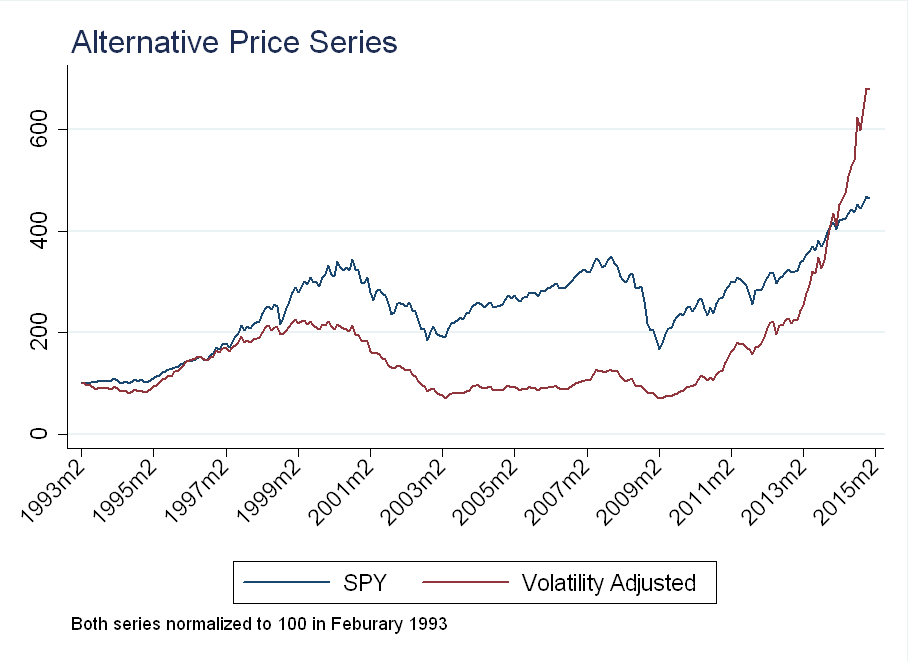 The dip after the financial crisis is dampened by high realized (intraday) volatility, while recent returns have been amplified by low realized volatility.