Sims and Uhlig argue: although classical (frequentist) \(p\)-values are asymptotically equivalent to Bayesian posteriors, they should not be interpreted as probabilities. This is because the equivalence breaks down in non-stationary models.
The paper uses small sample sizes, with \(T=100\) - This post examines how the results change with \(T=10,000\), when the asymptotic behavior kicks in. 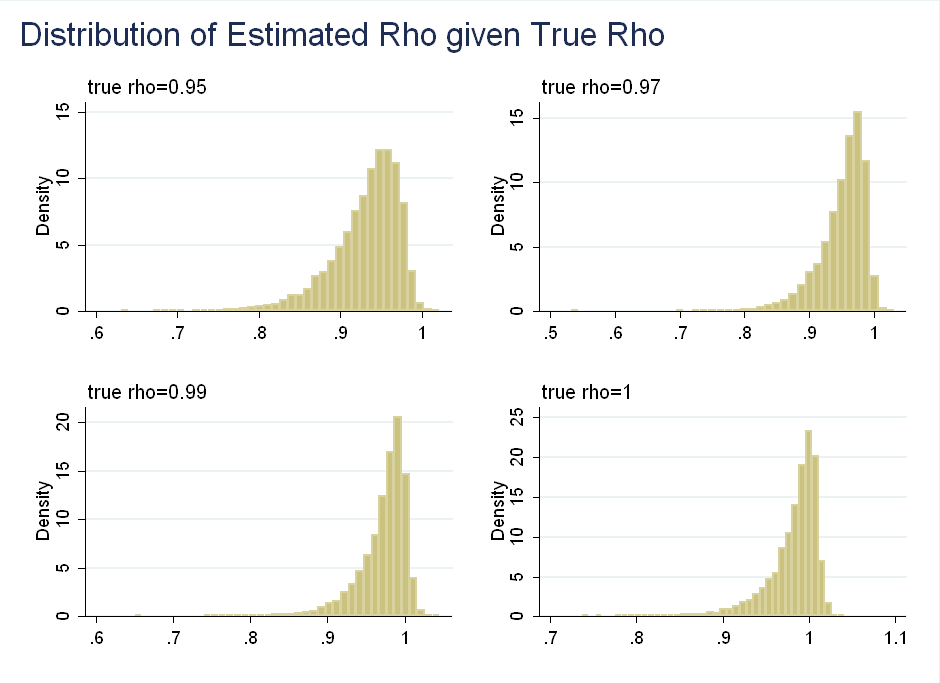 Another way to think about the data is to look at the distribution of \(\rho\) given observed values of \(\hat{\rho}\). This is symmetric about 0.95: 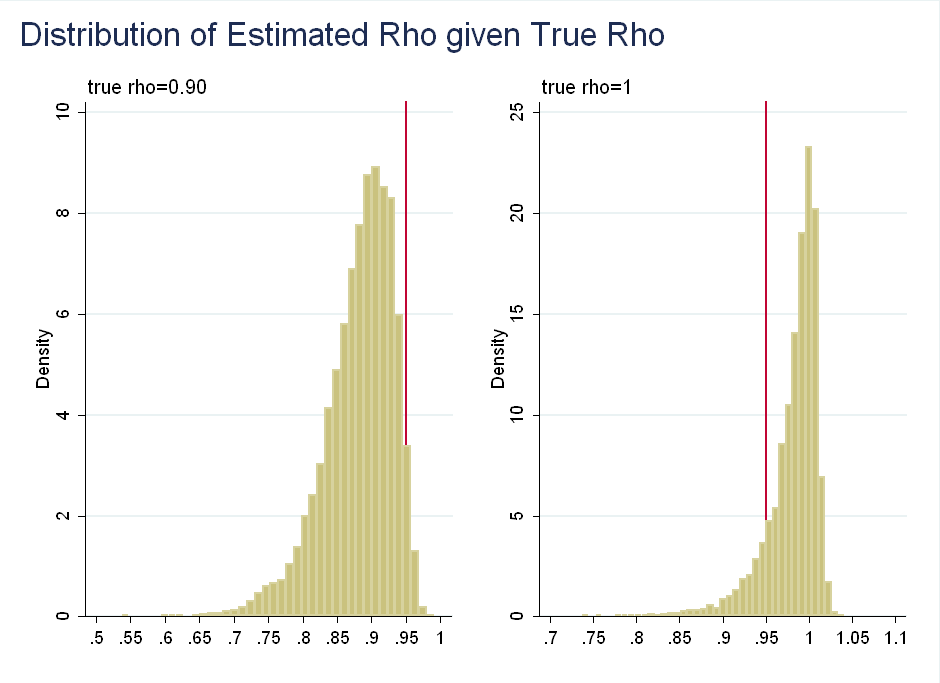 The prior required to generate these results (i.e. the prior that would let us interpret \(p\)-values as posterior probabilities) is sample dependent. Usually, classical inference is asymptotically equivalent to Bayesian inference using a flat prior, but it is not the case here. The authors show that classical analysis is implicitly putting progressively more weight on values of \(\rho\) above one as \(\hat{\rho}\) gets closer to 1. 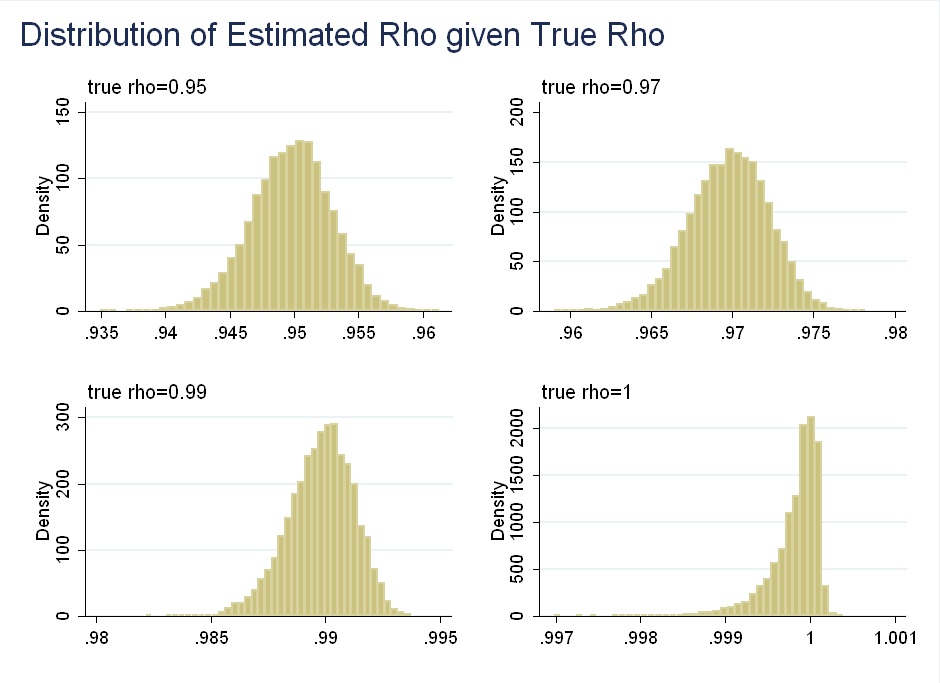 The point of this paper is to show that the classical way of dealing with unit roots implicitly makes undesirable assumptions - you need a sample-dependent prior which puts more weight on high values of \(\rho\). To a degree, the authors’ results are driven by the short length of the simulated series. The example where you reject \(\rho=0.9\) but fail to reject \(\rho=1\) wouldn’t happen in large samples, as the asymptotic kick in and faster rate of convergence for \(\rho=1\) gives the distribution less spread.

For now, however, the authors’ criticism is still valid. With quarterly data from 1950-Present you get about 260 observations. Macroeconomics will have to survive until year 4,450 for there to be 10,000 observations, and that’s a long way off.